The Baseball Game - A Parable - The Crucible Project 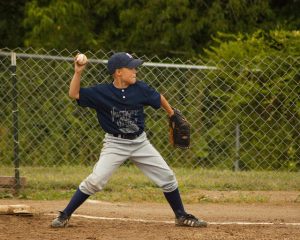 On a bright, sunny summer’s day, two youth league teams were playing a baseball game. In the top of the sixth inning, one of the visiting coaches noticed something odd.

“Hey, wait a minute. The balls you’re pitching to us are all different from the ones used when you are up at bat! What’s going on here?”

With a little investigating, the visiting team found out the home team had fixed it with the umpire to use non-standard balls when they were pitching to the visiting team. As a result, those pitches acted in an unpredictable way, confusing the batters. When the visitors did get a hit, the baseball invariably didn’t travel as far. Though both teams were fairly matched in terms of skill, talent and experience, the home team now had an eight-run advantage. No one could say for sure if that was the only reason for the difference, but clearly the game had not been played fair up to this point.

The coach of the home team spoke up: “I am shocked and appalled. This is not right, and I’m firing my assistant who did this. I am also relieving the umpire of his duties immediately. Fortunately, we have a back up and he will take over as umpire.”

The visiting coach responded, “Thank you for acknowledging this travesty. We are really disappointed, to say the least.”

“And so are we,” continued the home team coach. “I sincerely apologize, and I can assure you that neither I nor any of my players knew what was going on—we had nothing to do with this unsportsmanlike conduct. We will play fair from now. Let’s get back to the game.”

The other coach protested. “Thank you, I see you are clearly committed to playing fair. But you have an eight run lead—how can we continue the game?”

The coach felt attacked. “Well, look, friend … none of my players were involved—only the assistant and the umpire. They’re gone now. My guys all believe in playing fair, and so do I. They’ve worked hard to get to this point in the season—you cannot believe how much practice they’ve done on the field and off so they can be the best players possible. I don’t think it’s right that they should be penalized for what only two other people did. I promise you it will be a fair game from now on. We’ll both have equal chance at scoring.”

“I believe you are sincere,” said the visiting coach. “But it’s also not right my players are at a deficit. You already have the advantage of what happened during the first five innings.”

“Look, we can’t do anything about that. We promise to play fair, and you will play fair. That’s just how it has to be — we can’t go back and change the past. Let’s play ball!”