Who You Should Vote For - The Crucible Project 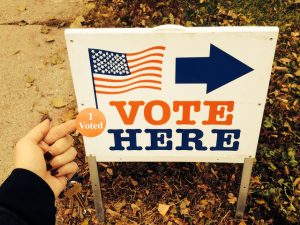 With about 60 days left before the polls open, you have undoubtedly heard perspectives — even rash arguments — about whether Donald Trump or Hillary Clinton would make a good President. Like me, you may have even engaged in some of those arguments either in person or through social media.

I’ve heard that Trump is racist, a bigot, offensive and narcissistic. Similarly, I’ve heard that Clinton is a liar, a criminal, arrogant, and elitist. Some maintain that Trump has led a divisive campaign and will divide the country. Others fear that Clinton will continue to get away with scandal and use her office for selfish gain.

It is time to be honest. I don’t personally know either of these candidates. So the vitriolic political mudslinging doesn’t make it any easier to distinguish who’s dirtiest. If you really want advice about voting, I’ll say more a bit later.  But … think about this:  We wouldn’t be Crucible men if we allowed each other to project all our own shadows, sins, and darkness onto political candidates who we know only from carefully selected sound bytes.

The truth about me is that I can be a racist, a bigot, offensive and narcissistic. I also can be a liar, arrogant, elitist, and conniving using people and my position for selfish gain. Maybe I don’t like either of these politicians because they remind me of my own shortcomings.

Conversely, perhaps I like these candidates because of their gold. I like that Trump shows strength and doesn’t seem interested in pleasing people with his words. I also like that Clinton speaks articulately and dignified, and has built herself up despite challenges and setbacks. I have the same gold in me.

Indeed, what if Trump and Clinton are mirrors for us?

Even the political process alone can reflect areas where I need growth. A younger man challenged me once to read every single candidate’s policies on their websites rather than voting based on just assumed ideology. Political discussions often tempt me to win instead of discuss and understand.  I’m learning that asking questions works much better if I actually want to learn and think.  If not, its better not to even have the discussion because I’m just trying to win or convince someone else of my way.

So before you vote, I propose owning your own stuff.  Then pray and trust God’s sovereignty. Next, research each candidate and ask people who differ from you to explain their informed vote. And finally, if possible, choose out of love and wisdom and discernment rather than from a place of fear or pride.

Some questions to consider:

Marc completed his initial Crucible weekend in 2004 and graduated from our two-year transformational program in 2008. He wants to help others pursue their God-given joy and free the world of ego. He is an award-winning poet, writer, small groups/discipleship coach, high school English teacher and martial arts trainer.  He provides powerful methods for life transformation at marcmantasoot.com.  His greatest joys: Creating scenes with his son, lining up My Little Ponies with his baby girl, and pursuing his irresistible wife.